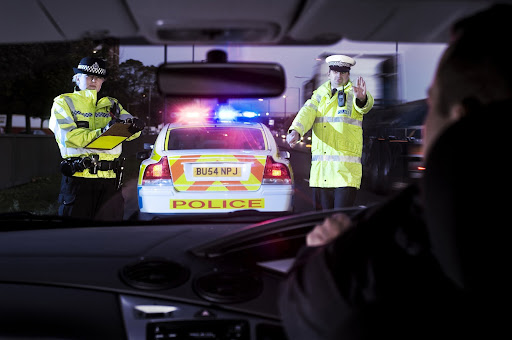 Are you planning to visit the Philippines or eager to know more about Traffic Law Enforcement In The Philippines?

Have you ever wondered what would happen if we enforce traffic without laws? It will certainly cause a lot of traffic accidents and conflicts. That’s why many countries launch their traffic regulations, and the Philippines is no exception. So what is Police Traffic Law Enforcement In The Philippines? And what are the points to keep in mind? Keep reading to get answers to this question.

What Is Law Enforcement In The Philippines?

Traffic Law Enforcement Definition ensures the safety of road users and those around them. It also maintains orderly traffic flow and reduces congestion status. Like other countries, the Philippines has laws that require people to wear a helmet, fasten seat belts, prohibit cell phones or get drunk while driving in traffic.

What Are The Two Major Functions Of Traffic Law Enforcement?

There are two functions of Traffic Law Enforcement In The Philippines: Promote citizen’s compliance to the traffic law by enforcing laws and regulations to prevent bad situations from happening.

Surely law enforcement is there to protect the safety of residents when participating in transportation. The WHO Representative in the Philippines records, “About 12,000 Filipinos die on the road every year.”

The police have increased their forces on Traffic Rules And Violations In The Philippines to minimize these sad stories. The law sets out strict regulations to help people limit traffic collisions with each other. With residents obeying the law, there should be no harm in participating in traffic.

Whenever someone disobeys orders, the police can use traffic laws to punish them. Depending on the level of violation, the punishment might vary from sending a warning letter, a fine, confiscating your driving license to jail. These laws will help prevent an increase in traffic crime rates and improve people’s awareness when participating in traffic.

What Powers Do Traffic Enforcement Officers Have?

Those influential officers in the Philippines have certain powers to enforce order on residents engaging in traffic. Knowing what they can do to you will ensure your rights and prevent disobeying the regulations.

Below are the power of the Traffic Police In The Philippines

Why Is A Traffic Policeman So Important?

What’s the point of having traffic laws when there’s no one responsible for carrying out these constraints? Who will stand out to solve traffic-related problems? Traffic police in the Philippines take care of all the problems that come up.

The police are the ones who regulate the flow of vehicles to avoid traffic overcrowding and to assist in solving traffic accidents on the road. Similarly, they also put up signs and alarms on dangerous roads to warn drivers against driving at extreme speeds.

Sometimes, traffic police also play an important role in catching criminals on their way to escape. By examining cars trying to enter or leave an area, they can make sure no one with or without authorization is doing illegal stuff behind the government’s back. This issue alone proves the importance of traffic police.

Can Traffic Enforcement Pull You Over?

The most familiar methods traffic police use to perform their Traffic Rules And Violations In The Philippines are pulling vehicles over to inspect. Let us show you some violations that might force police to pull you over.

Is A Traffic Officer Police?

The nature of being a Traffic Enforcer In The Philippines involves making many important trade-offs in one’s life. It’s not only power that they receive, but also some restrictions as following:

What Qualifications Do I Need To Be A Traffic Officer?

Being a police officer has many difficulties, but the benefits you bring to the community are meaningful. There are still many people who aspire to become Traffic Enforcers In The Philippines. Here are the top criteria you need to have to enhance your chances of becoming a traffic officer.

Any citizens or even travelers must obey the law in their corresponding countries. Getting to know about Traffic Law Enforcement In The Philippines is crucial as it’s a country with many tourists every year. Be a good citizen and follow the government and traffic police while enjoying the fun there would be best. We hope our fruitful post has been a great help to you.