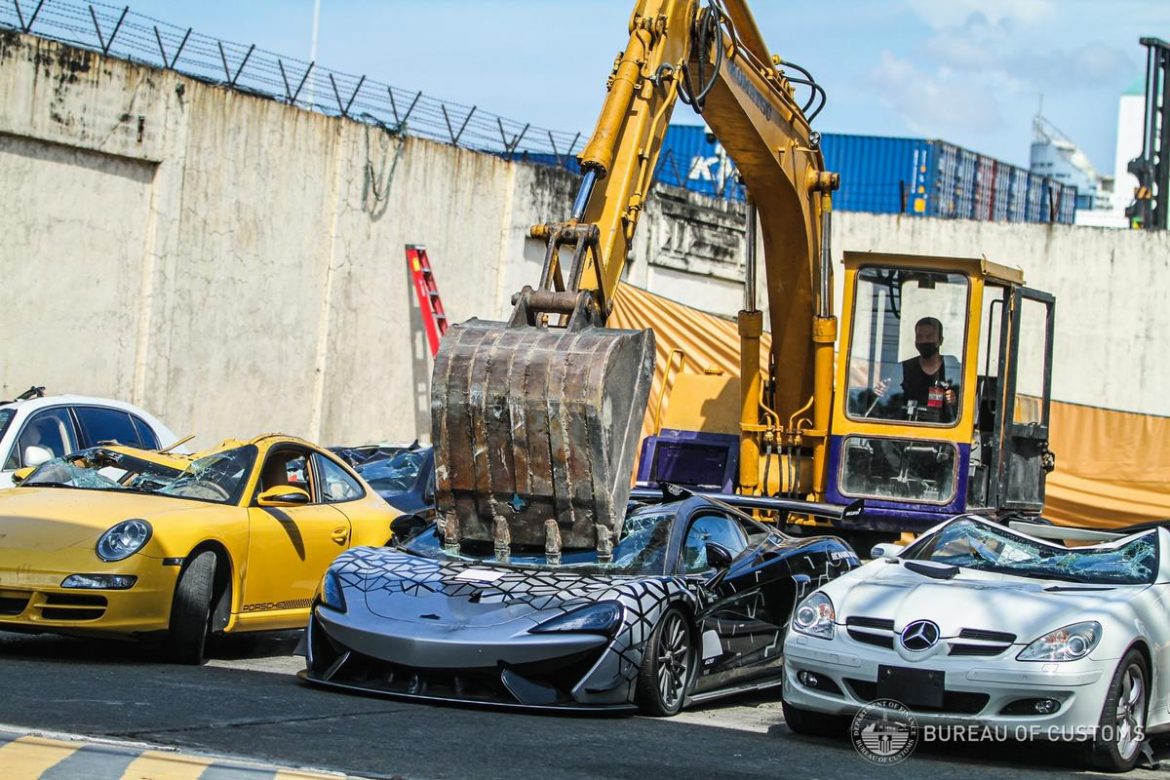 “ Supercars smuggled Philippines,” “luxury cars smashed,”… are common phrases constantly appearing on social networks and online newspapers these days. It is because of the fact that the Philippines destroys almost all supercars smuggled into the country regardless of which brands these cars belong to. 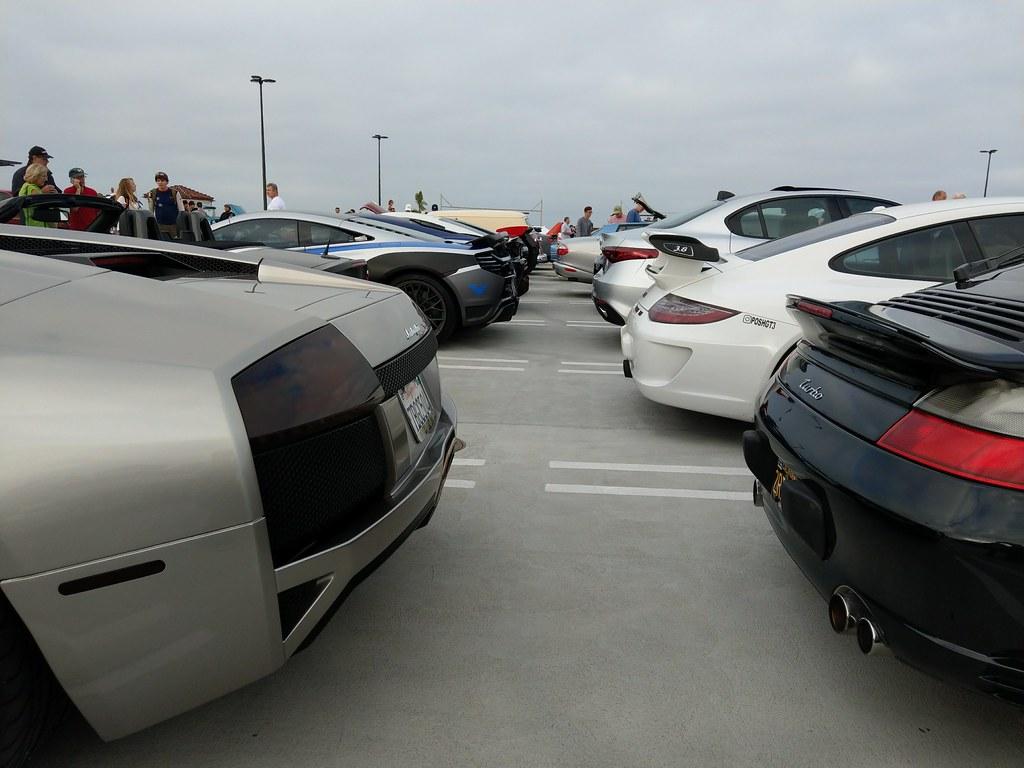 However, is this expensive destruction really necessary? What are the purposes of the Government?

We will help you to find the answers regarding supercars in Philippines.

How Can Supercars Illegally Enter The Philippines?

Although it seems hard to smuggle a supercar into the Philippines, cunning dealers can find their ways. And the following are how they commonly do.

Declaring the car with another name

Instead of keeping the original name, the international automobile illicit trade can go smoothly sometimes by a temporary name change. For better understanding, we would like to take an example.

At the end of 2019, McLaren had an impressive event right before the dreadful 2020 started. The big brother launched the rare model named 620R with a limitation of only 350 units. And one of them, by illegal importation, entered the Philippines with its new name Porsche Cayman.

In some cases, the fake registration can help the shipment so well. Besides, thanks to this delinquency, the dealers may avoid inevitable taxes.

Dismantling the car into parts

From a completely built-up supercar, smugglers dismantle the car into parts. The next step will be packing and transporting these luxury goods by shipping containers.

In fact, no one knows that there are smuggled supercars inside these containers. They will go with a declaration containing other types of items that are not on the list of illegalness.

>>> Maybe you want to read: Requirements For Buying A Motorcycle Philippines – Procedure, License and Authorization

What Are Government Solutions?

The Philippine Government considers smuggling supercars as an unacceptable illicit importation. Hence, publicly crushing these cars is one of the first moves that the Government takes for this automobile smuggling prevention.

In August 2020, after seizing the McLaren 620R, the national authorities decided to destroy the vehicle. The Bureau of Customs also quickly spread the video of the destruction scene on social media as a severe warning to many other smugglers and tax dodgers out there. 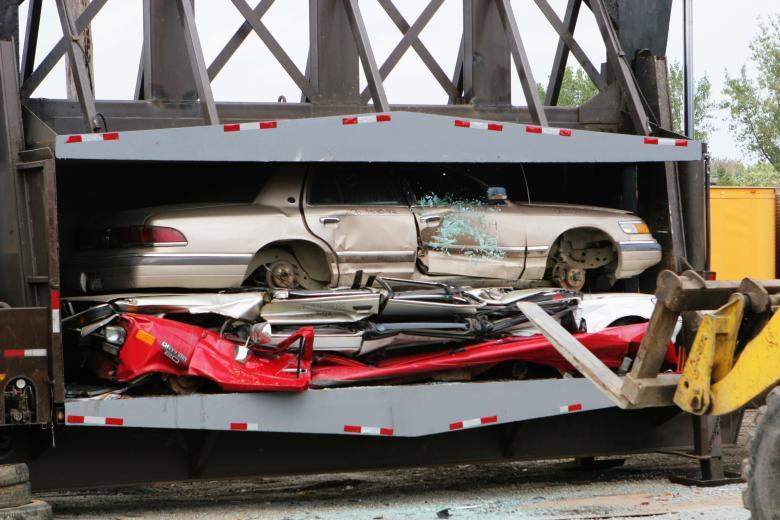 Supercars destroyed by the Philippines

Not only the limited McLaren 620R, numerous other illegally imported high-end models got the same result. Some of them include supercars brands such as Bentley Continental Flying Spur, Porsche 911 C2S, Hyundai Genesis, Toyota Solara, to name but a few.

Smuggled luxury cars into the Philippines from 2018 to 2020 stayed in a big junkyard waiting for a government crackdown. Finally, the authorities used a backhoe and crushed all the cars into pieces. For 2021, last June, the Philippines Bureau of Customs did not hesitate to make public photos of cars crushed in Manila. And that supercars list had about 10 cars.

According to statistics, in 2017, the Philippines destroyed supercars with a total value of approximately $1.1 million. But the figure did not stop there. It reached $6 million in the next year 2018. However, tons of smugglers don’t intend to give up due to big profits from this illicit overseas trade.

Should The Philippines Destroy All The Smuggled Supercars?

The answer should always be a big YES. So, why?

Firstly, it presents a strong message from the Government

If the Philippine Government does not have any action, smugglers will believe that their illegal importation is entirely possible. Therefore, the car destruction considerably shows that the Government is serious in their efforts against smuggling.

Secondly, it helps to avoid the tax loophole

As we already mentioned above, smuggling high-end cars into the Philippines with fake names is also a good way for tax evasion.

What will happen next? It is definitely a big loss in the national financial fund.

In other words, the strict tariffs applied for the expensive vehicle often goes with an extremely high toll. If this payment does not get done while the high-end vehicles still can run on the yearly-maintaining road system, it is not fair.

Thirdly, it attracts the foreign investment

With the aim of making Philippines a viable country for investment, the Government 100% should destroy all the smuggled cars. A low smuggling rate will become the motivation for investors to develop their long-term business in this country.

Well, collecting limited-edition supercars is always the special pleasure of rich men. And choosing smuggled ones seems to be the quickest way to satisfy that unique passion.

However, is it worth their money? If the Government seizes the illegality, both cars of the owners and money of smugglers may suddenly disappear.

In your opinion, will you choose these smuggled cars or not? Let’s share with us, and we will keep discussing.

Thank you for reading this article at our category News & Cases. If you have any question, feel free to comment below or contact us at Philmotorlaw.com