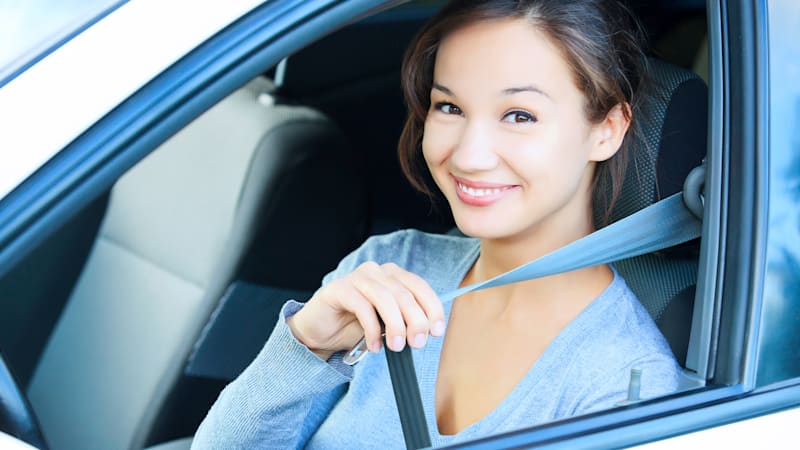 What do you know about Seat Belts Use Act of 1999 RA 8750 in the Philippines? There is in fact, a punishment for breaking this law so you should take it seriously.

Imagine you are in a vehicle that collides at 50 kilometers per hour. If you are not wearing a seatbelt, your body will bear the same impact force as someone falling from a four-story building.

Were you able to brace yourself until the crash? No, it does not. That’s like jumping off the rooftop of a four-story house and hoping to land in the pushup position on the sidewalk.

So, why are there too few drivers buckled up in this country? According to lawyer Roberto Valera, director of the Land Transportation Office’s road safety branch, Republic Act (RA) 8750, or the Seat Belts Use Act of 1999, was the most broken traffic law in the country in 2016.

Came into effect in May 2000, the Republic Act No. 8750 required car manufacturers to implement seat belt facilities. Motorists and passengers in both private and public cars, particularly those sitting in the backside of a private car, have been allowed to use these devices properly.

The legislation also forbids children aged six and under from sitting in the front seat of any moving car, even though they are wearing a seat belt. In the next part, Philmotorlaw will help you know more about the definition and effectivity of

The R.A. 8750 Seat Belt Law was introduced on August 5, 1999, and went into practice federally on May 1, 2000. According to Section 6 of the said Act, the coverage extends to drivers and front-seat passengers of private and public cars, as well as all other mother vehicles as determined by the internal rules and regulations (IRR).

As mentioned in Section 4, the mandatory use of seat belts is for the safety of the driver and passengers. Any time they are inside a car on any street, lane, or highway, all private and public motor drivers are allowed to use and wear their protective seat belt systems.

All passengers, including those in the front and back seats, are allowed to wear their seat belts at all times.

Once boarding the vehicle, the driver must remind his front seat passengers to wear their seat belts. Passengers who fail to wear seat belts will not be able to board the vehicle and resume their journey.

In the case of special public transit vehicles such as school buses or school services, the IRR requires drivers, front-seat occupants, and first-row passengers (those sitting behind the driver) to use and wear their respective seat belts at all times when inside the vehicle with an operating engine.

The punishment in the Philippines for not wearing a seatbelt or failing to notify and compel their passengers to wear seat belts would be serious.

In the Philippines, wearing a seat belt has not been a habit. In 2010, 19.58 percent of wounded car drivers wore a seat belt at the time of the accident. However, in 2016, the percentage fell to 2.91 percent. According to data from the Department of Health’s Online National Electronic Injury Surveillance System (ONEISS).

The ONEISS has insufficient exposure. In the fourth quarter of 2016, just 17.2 percent of the country’s 2,064 hospitals sent data to the system. Nonetheless, the developments from 2010 to 2016 are concerning.

The problem, according to Valera, is that many people are unaware of the risks of not wearing a seat belt. They really have no idea what the law requires. Get more tip and advice on Filippino traffic law in our Tip and Advice Category

The LTO is considering options for allocating any of the fines imposed for RA 8750 breaches to an awareness campaign. “We encourage people to understand that wearing a seat belt is more than just a legal requirement,” says Atty. Valera. “In order to shield you, we recommend that you wear a seat belt.”