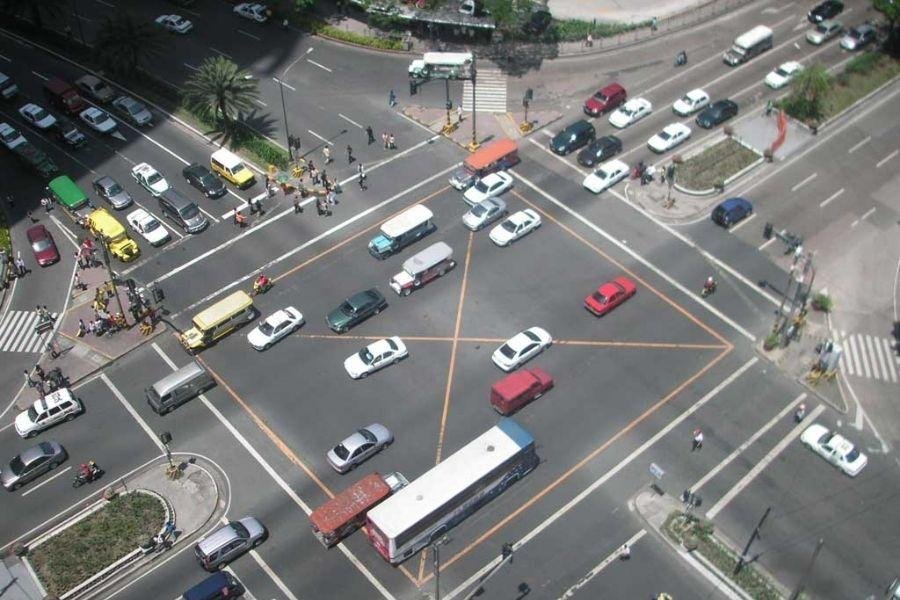 In the Philippines, it won’t be easy if you are a newcomer. The traffic in this country may be more complicated than in others because there is sometimes a shortage of traffic lights. The road right of way in the Philippines is also different with different roads.

Therefore, it is very important for drivers to deeply understand the rules when driving to keep safe for themselves and other people. This article will provide you with every note about minimum right of way width Philippines. Let’s get started!

Road Right of Way In The Philippines

We will have to join the traffic in everyday life. And unfortunately, Philippines traffic may be much messier than tangled ropes in most of its cities.

The minimum right of way width of Philippines residential varies, with 20m for national roads, 60m for principal streets, and 15m for others.

It’s common for two vehicles to approach an intersection at seemingly the same time as one another when in actuality, it’s just a sudden queue from both sides.

Unfortunately, some people may not know what the road right of way Philippines law is. So we will explain it to you in a straightforward and easy-to-digest guide.

Ideally, traffic lights should control intersections with signs presenting when it’s best to stop, go, and slow down when entering the intersection.

Unfortunately, some intersections lack these devices, so on some days, you have to deal with red light cameras running at all times. Just because they aren’t always manned, doesn’t mean they won’t catch you red-handed in the act of speeding or doing something else illegal.

These things are everywhere and will turn your world upside down if you’re caught breaking a certain law.

According to the residential law of road right of way Philippines, before entering the intersection, a driver must always make sure their way is clear. If you’re approaching an intersection but haven’t entered it yet, you must yield to traffic that has already entered or begun turning into it.

If two vehicles have arrived at an intersection simultaneously. Then the vehicle whose right side is closer to the curb must let the other one pass first.

Moreover, drivers should give way to cars intending to turn left if they use the left turn signal in advance. And road right of way rules in the Philippines don’t allow any drivers to control their means of transportation too fast, which is higher than limited speed.

Furthermore, vehicles traveling on a smaller road intending to enter an intersection. It leads to a larger one connected to it should always yield to the cars already moving along the said large road.

Again, note that traffic traveling along the larger road should always be aware of their surroundings. When approaching intersections regardless of preexisting conditions indicating that they have the right-of-way.

Last but not least, in order not to break the law on road right of way in the Philippines, every driver should always stop at a red light regardless of it appearing clear of traffic. They should wait for a few seconds to see, if cars are coming and confirm that it’s safe to go through.

Otherwise, you will be sorry in the future because these lights are there for a reason. It’s better to follow all the rules completely!

It is important to always think about the well-being of others when driving. We hope it goes without saying, but drivers need to give way to static and moving emergency services such as ambulances, police cars, and fire trucks.

Drivers are advised by the Unlawful Use of Blue Light Act of 1986 to pull over with as much care and urgency as possible. If they hear or see any emergency vehicle’s sirens and lights.

If a driver is pulled over by an emergency vehicle, one should remain stopped until the vehicle has passed.

Another aspect of the road right of way measurement in the Philippines is parking. When driving out of an establishment whose parking area is outside the building, take note that cars passing on the road have the right of way.

Moreover, if you pull out from a parking spot, you must wait until the road is clear of traffic or until it appears that the next car is far away.

>>> Suggested for you: Hand Signals In Transportation And Everything You Need To Know

At a green light, cars should always yield to pedestrians. However, suppose an active traffic enforcer is controlling the intersection. In that case, cars can overtake people in the crosswalk since traffic enforcers also have the power to close intersections or redirect certain traffic flows.

Besides, drivers must not cut off people already in a crosswalk because they’re deemed to have the right of way. And again, importantly, there is another problem with jaywalking. There is a fact that other drivers can be safer. And you will also not break any road right of way agreement in the Philippines if you give way to them.

When it comes to road right of way law in the Philippines, newcomers are often limited in understanding using the roundabout.

Many other drivers, who have long since been living or driving here, tend to neglect the right-of-way protocols on rotundas. That results in an endless cycle of being cut off and off other cars until everyone becomes frustrated.

Moreover, they cannot drive because they are always so anxious about trying not to be hit from behind.

While right-of-way rules may seem the safest way for both yourself and other drivers. You still need to be on your guard.

There will always be other motorists unaware of these rules in the affidavit of road right of way Philippines. So we urge you to stay alert and use your turn signals whenever you’re changing lanes or preparing for a turn.

When driving, make sure to yield the right of way even if you’re in a hurry. We suggest taking the high road where possible. Even if someone completely impedes your progress because sometimes things happen on our busy roads.

If you need further information about certification of road right of way Philippines, don’t hesitate to contact us. Also, you may read our writing of any other article on Tips & Advice to get more thoughts on the subject. We are always willing to support you!