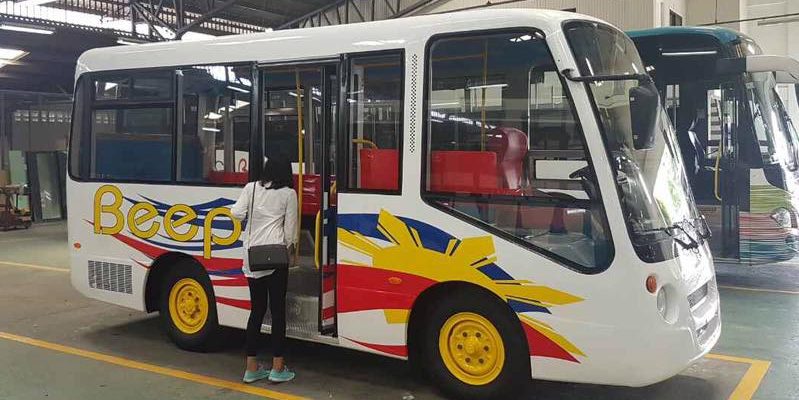 We are all trying to save our environment in particular and our beautiful planet the Earth in general by implementing green projects and taking green actions.

As such, the Philippines government has come up with a project called Public Utility Vehicle Modernization Program, one that can help reduce car emissions.

In this article, we will answer the question: “What is a public utility vehicle modernization program?”

According to our research, The Philippines Department of Transportation (DOT) initiated the Public Utility Vehicle Modernization Program (PUVMP) in 2017 to make the country’s public transportation system more efficient and environmentally sustainable by 2020.

These proposals will be based on current and expected travel trends, and the Land Transportation Franchising and Regulatory Board will take the aforementioned plans into account when releasing new franchises. These plans will not be issued to single-unit operators anymore.

The program aims to overhaul the existing franchising scheme, revise and implement new routes. Besides, it also provides training to jeepney drivers and the phase-out of old jeepneys.

FYI, jeepneys (Filipino: Dyipni, also known as dyip) are buses, the most popular public transportation mode in the Philippines.

In addition, the Inter-Agency Council on Telecommunications in Metro Manila was formed in January 2018.

The organization initiated the ‘Tanggal Bulok, Tanggal Usok’ operation in January 2018, which targeted vehicles that violate the environment and safety, such as smoke-belching, worn-out tires, and the absence of seat belts.

According to the DOTr, the program’s objectives are as follows:

Moreover, the Department states that the program’s environmental and economic benefits would be equally provided to commuters, operators, and drivers: commuters would profit from the improvements in routes and improved networks.

Because of the decreased traffic congestion and emissions, drivers would have higher monthly wages and incentives and better health.

Lastly, with less traffic, operators would be able to welcome more passengers and save money under the franchising system by using services together.

For funding, this project through the Development Bank of the Philippines’ Program Assistance to Support Alternative Driving Approaches (PASADA), an estimated 1.5 billion shall be provided to transport companies and cooperatives to purchase new PUVs.

This program would include a 5% down payment on a car, a seven-year repayment term, and a 6% interest rate.

The cumulative loan borrower under PASADA is made up of a maximum of 95% of the vehicle’s cost and a maximum of 75% of the support facilities’ cost. The government would also provide an 80,000-dollar subsidy to offset the equity charge.

The Department of Transportation (DOTr) also signed a Memorandum of Understanding (MOU) with the Landbank of the Philippines to establish a PhP1 billion financing for PUJs through the Special Environment-Friendly and Efficiently Driven (SPEED) Jeepney Program.

The Land Transportation Franchising and Regulatory Board (LTFRB) and the Department of Trade and Industry (DTI) jointly unveiled sixteen prototype jeepneys in October 2017.

All of these models were produced in the Philippines and followed the DOTr’s guidelines. Their features consist of many new ones as listed here:

To be more specific, the suggested implementation period, according to the DOTr, is as follows:

Even before being launched, the public utility vehicle modernization program was received negatively by many transportation groups. Jeepney drivers went on numerous demonstrations and strikes in Metro Manila and important cities across the country.

For operators, drivers, and other transportation stakeholders, this modernization might result in possible job losses and business crises. It is supposed that the government’s promises of lighter traffic are unrealistic because jeepneys only cover about 2 percent of vehicular traffic in the NCR.

The Transportation Secretary said this during his speech after the signing of the Memorandum of Understanding (MOU) between the Department of Transportation (DOTr) and the Development Bank of the Philippines (DBP) at the DOTr building in Clark, Pampanga.

After reading through this article, we hope that you have gained yourself some necessary information about the public utility vehicle modernization program in general and its practice in the Philippines in particular.

This project is a progressing program initiated by the Philippines which can help to protect the environment, though facing much criticism.

We have much more interesting information awaiting you in the next articles. Stay tuned!